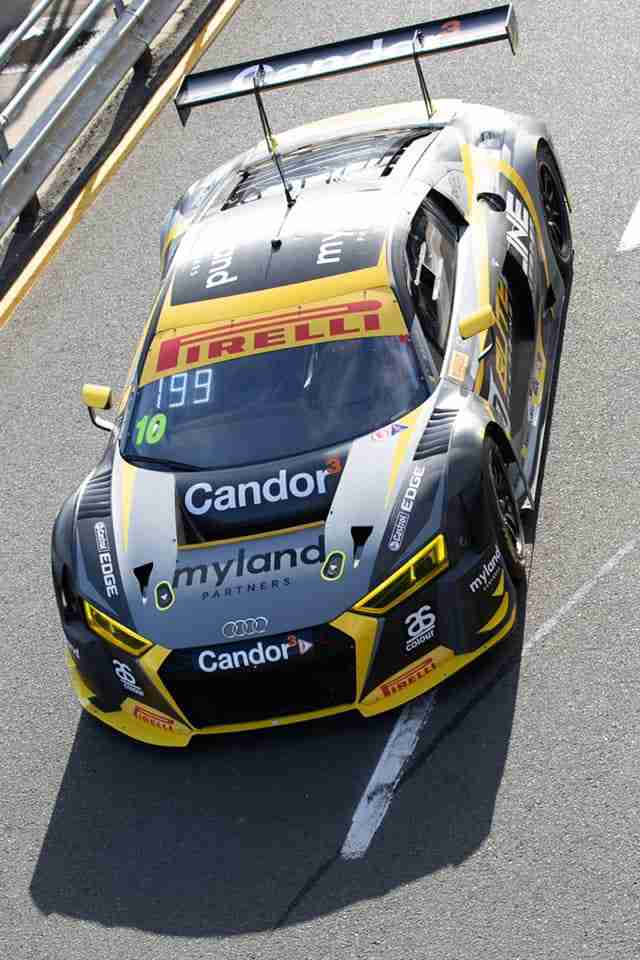 The official entry list for this weekend’s Laser Plumbing & Electrical Hampton Downs 500 has been confirmed and there’s a strong contingent of Kiwi drivers in what doubles as the penultimate round of the Australian Endurance Championship (AEC).

Championship leaders Jaxon Evans and Tim Miles lead the charge from across the Tasman. The Australian-based Kiwis have dominated the opening two rounds of the championship in their Audi R8 LMS. Evans has been turning heads in recent months with his performances in the Porsche Carrera Cup and the AEC and the 21-year-old is tipped for big things in the sport.

Another Australian-based Kiwi, Dominic Storey is lying third in the AEC standings going into the Hampton Downs 500, and together with co-driver Peter Hackett, they will be ones to watch.

Former A1GP stars Matt Halliday and Johnny Reid will relish the opportunity to test themselves against established V8 Supercars drivers including David Russell, Tony D’Alberto and Steve Richards and McLaren factory driver Alvaro Parente from Portugal. The Kiwi pair will team up with Andrew Bagnall and Neil Foster respectively in the International Motorsport Audi R8s. Jon Udy and Matt Whittaker complete the driver pairings in the third International Motorsport Audi.

Other Kiwi entries include Andrew Waite driving with Hampton Downs owner Tony Quinn in the McLaren and Andrew Fawcett and Gene Rollinson in the Trass Family Motorsport Ferrari.

All of the Kiwi drivers entered in the two AEC rounds in New Zealand — the Highlands 501 from November 10-12 is the season finale — will be eligible for the inaugural NZ 1001 trophy which will be awarded to the driver with the most combined points from the two events.

“We were hoping for a few more Kiwi entries,” says Tony Quinn, the owner of Hampton Downs and the Australian GT Championship. “Some cars and drivers that were hoping to make it had to pull the pin in the last week or so and some of the Australian teams haven’t made the trip this year.”

“The risk that you run by having an event at the end of the year is that some cars are in various states of disrepair. Some of the drivers are dealing with budget constraints. Others haven’t had a great start to the season, so it’s understandable why some of the Aussies haven’t made the trip across the Tasman. I’m still really looking forward to what should be a great weekend of racing.”

It’s shaping up to be a busy weekend at Hampton Downs with big fields for the two support categories, Central Muscle Cars and the Ssangyong Racing Series which will be making its debut on the Hampton Downs circuit.

The Fast & Furious Racing format will also make its debut at Hampton Downs this weekend. Fifteen cars have been confirmed for the inaugural event including a Lotus, McLaren and a Crawford DP. Fast & Furious Racing has been called the Twenty20 of motorsport with the focus on short, sharp sprint races.

Qualifying for the Laser Plumbing & Electrical Hampton Downs 500 starts on Saturday with live coverage of the Top 10 Shootout from 2 pm. The Hampton Downs 500 feature race will be broadcast live on TV3 on Sunday, with the race starting at 12.30. There will be free WiFi at the circuit so spectators can tune into the live stream and keep up with all the action.