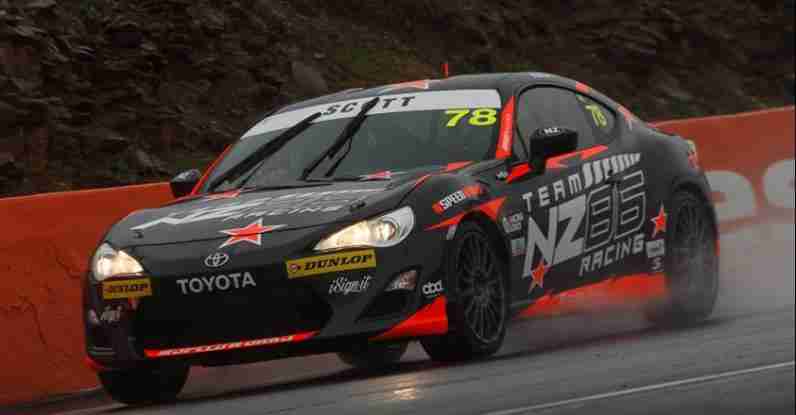 Former New Zealand Formula Ford champion Michael Scott has impressed in his returning hit out in the Australian Toyota 86 Championship at Bathurst — qualifying Fourth for the category’s opening race.

While Scott has raced in the series before, a cameo performance at The Bend represents his only drive in the series this year. He was only edged on the timesheets by pole-sitter Tim Brook, Jake Klein, David Sieders, and Zane Morse.

Like yesterday, the Bathurst circuit was coated in wet for the majority of the session. Times were down as a result, with Brooks claiming pole on a 3:00.2864. Scott was 1.5-seconds behind, with the circuit conditions splitting the field with large margins.

Among those not to maximise their time behind the wheel was Jack Milligan. The reigning New Zealand Toyota 86 Championship winner was unable to recreate his scintillating 2017 Bathurst pace, and will instead line up in 20th place on the 38-car grid.

The opening race of the weekend for Scott and Milligan takes place tomorrow morning, at 11.20am NZDT.

Drama all the way in Endurance race
PREVIOUS POST